We use cookies to enhance your experience, for analytics & personalisation. We share information about the use of our site with our trusted partners. If you click the "Accept" button you agree to having these cookies set on your device. By continuing to use our site, we assume that you consent to receive all necessary tracking cookies from us. You can adjust your browser settings to control cookies. Find out more here.

On time with Amiri Construction

South-coast based Amiri Construction has avoided having to close lanes on the A32 during construction of the £9 million Brockhurst Gate Retail Park, Gosport for client Ms. VIP by drilling under the busy road to be able to connect the sewage pipes required for the new site.

Amiri Construction Site Manager Simon Hunter said “Using specialist boring equipment to drill the tunnels required for the connection of the sewage pipes has not only ensured that thousands of commuters between Gosport and Fareham do not face additional congestion on the busy route but also means that our project will be delivered quicker”.

Construction of the seven new retail outlets is on schedule with completion expected November 2018.  A number of national retailers including M&S Food, Lidl, Home Bargains, The Food Warehouse by Iceland and McDonalds will be taking units in the new retail park, creating many local job opportunities.

Photo Caption: (From left) Amiri’s site team Toby Holdsworth, Simon Hunter, Dan Warren hold the drill bit that will save thousands of motorists delays on the A32. 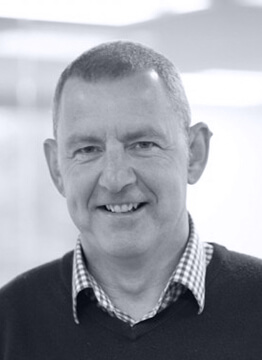 The driving force behind business development at Amiri Construction for most of it’s life, Mark is a building surveyor by background, who has spent time working on site as well as in pre-construction and as a sub-contractor so understands the whole-life approach to project development. A stitch in time!